The University of California based “University-Community Links” is an international network of research projects which creates and sustains win-win learning partnerships between universities and community based institutions such as community centers, youth clubs and schools (http://uclinks.berkeley.edu). Through our university seminars, project work, and research, university students are able to connect social learning theories to concrete practices and thereby make substantive contributions to youth development in local communities. 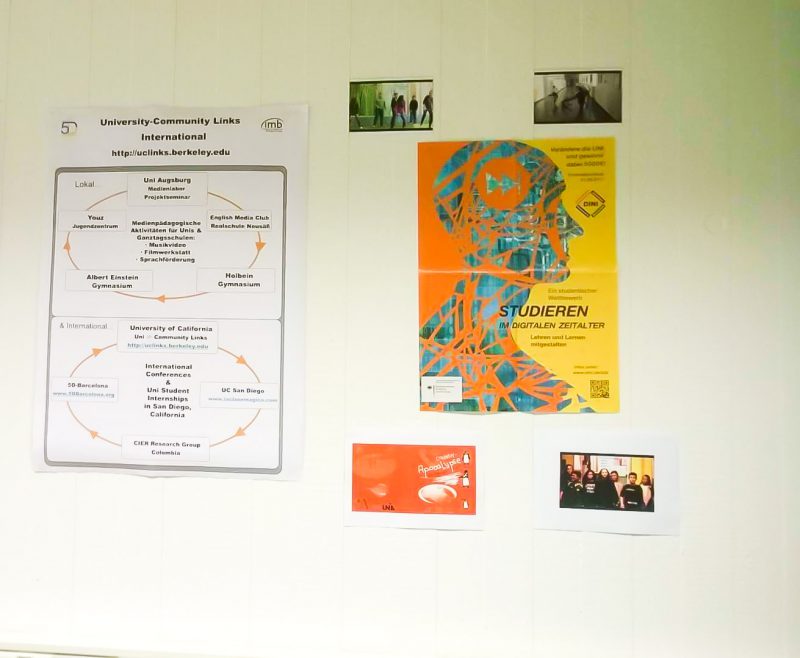 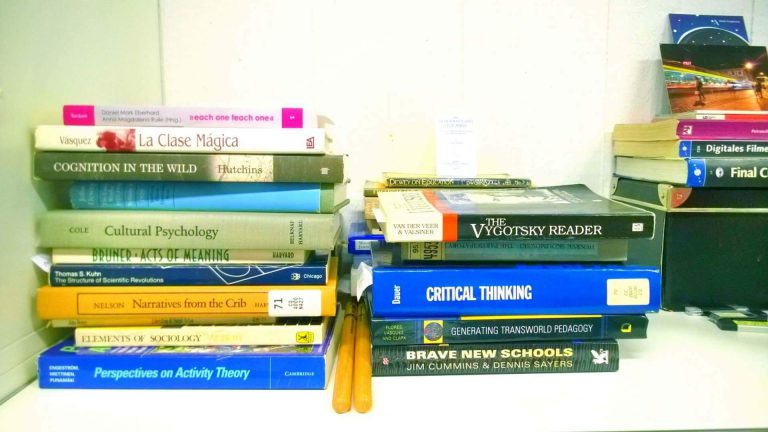 Our ‘English Media Club’ at the Neusäß Realschule is offered each semester for the school students to learn English with interactive learning tools such as film and music video. This is a volunteer after-school activity that aims to produce an English speaking short film or music video at the end of semester. The English media club is supervised by the students from Augsburg University who are part of the intercultural global project UCLinks 5th Dimension represented in Augsburg by Tom Vogt. The students take the course to train their teaching skills as well as to get the practical experiences at school being able to receive 10 credit points for their practical area. Creativity and strong inter-cultural communications are highlighted by the project’s aims. On a weekly basis, university and school students meet at the school to plan the movie script, distribute tasks and roles, and shoot scenes etc. At the end of the process, all the participants watch the short films and music video with English subtitles and share feedback. Some of the youth start dreaming to be actors, some – directors, but all of them speak English more fluently and confidently than one semester before. 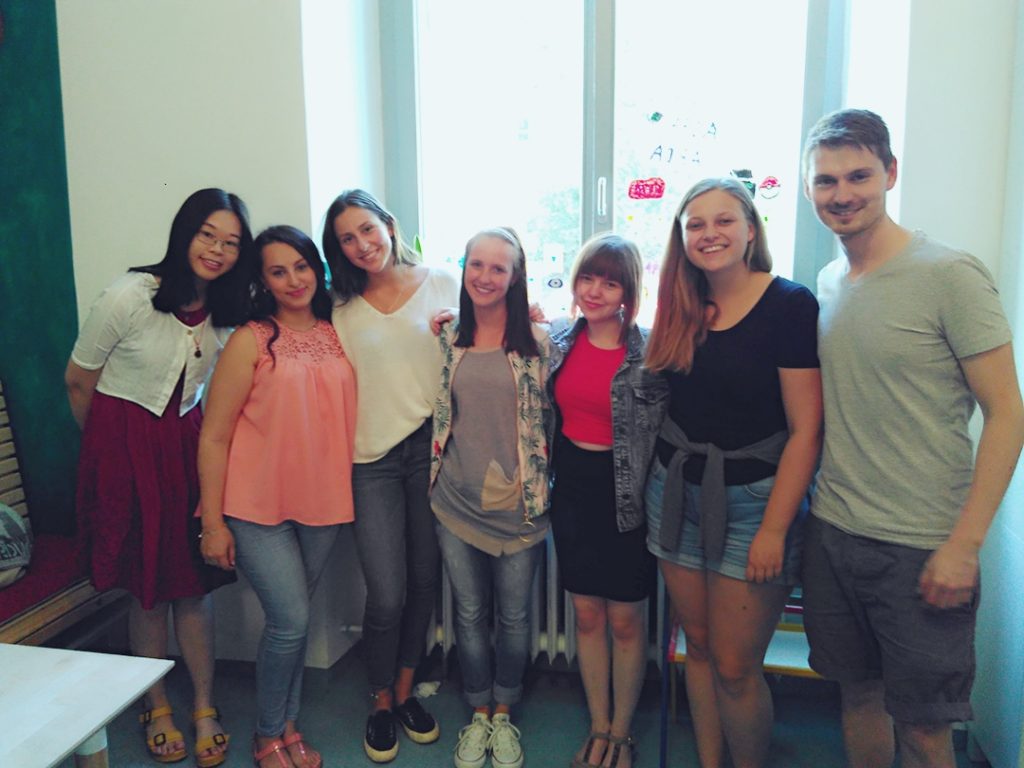 The history of Holbein Gymnasium dates back to the 13th century, when the current campus was part of the monastery of St. Katharina. Thanks to its founders, Holbein possesses a unique design both in its architecture and decoration, which facilitates our project with the kids because of various symbols and creativities that can be found and employed in the film-making process. In the project of 5D-Holbein, students from the University of Augsburg help with the production of either a music video or short film, by guiding initial brainstorming and discussions, organizing the filming plans & screenplay, shooting the film, offering language assistance and editing the video clips. Through the project, kids are able to create their own films and music videos while working with peers and improve their language competence at the same time.

The production of film and music video facilitates the language learning in the following ways: first of all, the discussion and design of a video provides the kids with the chances to express their ideas and communicate with others. Secondly, producing lines for the films enhances their writing competence. In addition, their pronunciation and speaking competencies are improved by practicing and performing through the project. Apart from the film itself, lyrics from a music video can also pass on active message to the kids, while a possible increase of vocabulary might also come along.